Jinmimi Crickets! If everyone could turn a $5,000 investment in a penny stock to $17 million, everyone would do it. But, only Brian Cohen of RL Solutions  was smart enough to when he paid $5,000 to Jinmimi Network Inc.’s (OTC: JINM) 2 controlling shareholders, Lin Changze and Liu Xi, for 51.8% of the JINM issued and outstanding penny stock. Monday, after a name and ticker symbol change with the SEC and FINRA, Brian’s $5,000 company will become the new penny stocks to watch when One2One Living Corporation (OTC: LOVI)  stock begins trading at, well we’re not sure, but we have an idea of the price; $0.50. The question now is what does LOVI do because the Company name, One2One Living Corporation, is already making “KaChing” sounds in my ears. Time to put the pieces together to speculate.

We know Jinmimi planned to specialize in providing online financial, listed company data and information in China. Basically an Chinese version of iHub. The name of the Company was changed from Jinmimi Network Inc. to One2One Living Corporation. Wow!. Since there was no mention of the direction Brian Cohen’s newly named Company will partake on, the first check led us to the terms and conditions page of a group of websites of the exact same name: One2One Living Corporation. That is the main Company that owns:

But Mary Spio founded and manages One2OneDates Living LLC, an online matchmaking service, and recently designed the mobile app for it. So, why the name change from Jinmimi to One2One Living if it isn’t somehow affiliated with the online dating group of websites and why the ticker change to LOVI? Hmmm.

LOVI Due Diligence or Dumb Coincidence? 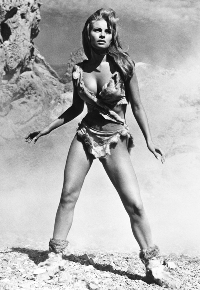 The Company name is the only direct connection, if you can even call the Company name direct, out there. Brian’s One2One has an Orlando, FL address, while Mary’s One2One has a Beverley Hills, CA mail agent address that is also used by Hollywood sex symbol and poster girl of The Shawshank Redemption, Raquel Welch. Some research still shows the China contact number for LUVI while others list Brian’s RL Solutions number. One thing for certain is that 500K shares of LUVI stock was issued for $250K on March 6th to a non-U. S. person outside the U. S. (see here) which in turn, $200K was issued for an unsecured promissory note that One2One carries as an asset on its balance sheet.

No matter where you look when you’re doing your due diligence, you will always find some connection to Sunpeaks Ventures (OTC: SNPK)(OTC: SNPKE). The attorney who drafted the S-1 for Jinmimi Networks filed in January, 2009, is from the same law firm used by SNPK, MSLP, BRFH, and HBRM among others.

• November 2008: Jinmimi issued 20 million founder shares of common stock at a purchase price of $0.0001 per share with aggregate proceeds of $2K.
• January 2009: Jinmimi issued 4 million shares to 40 shareholders of common stock at $0.025 per share with aggregate proceeds of $100K.
• August 2011: Shareholders of JINM stock surrendered 15.7 million common shares to the Company for cancellation.
• September 2011: Jinmimi declared a stock dividend of 9.5 shares for each share of common stock on September 26, 2011 and executed on October 5, 2011. FINRA ruled the transaction as a forward stock split of 1 for 10.5 shares.
• November 2011: Jinmimi’s two controlling shareholders, Liu Changze and Li Xi, sold their shares to Brian Cohen representing 51.8% of the Company’s interest and appointed as a new director of the Company.
•  January 4, 2012: The last time JINM stock traded.
• March 2012: Jinmimi offered and sold 500K shares of common stock of the Company at a purchase price of $0.50 per share, for aggregate proceeds of $250,000.
• May 2012: Jinmimi increased the total authorized share capital on Preferred Stock from 10 milion to 50 million and on Common Stock from 100 million to 300 million. Par value of $0.0001 remains unchanged.

So, what is an innovative healthcare software consultant from Canada doing with his $5K investment into a Chinese company that

• changed its name to match the online matchmaking giant created by Mary Spio,
• has a ticker symbol that doesn’t match the company name, but rather more the online matchmaking theme,
• has an Orlando, FL mailing address,
• a Canada contact number,
• just issued 500K shares to someone or some persons outside the U.S., and
• issued a non-secured promissory note for $200K

He’s the President, CEO, CFO, Secretary and Treasurer of an OTC listed company with a market cap of $17 million.

Bottom Line: Something big is going to come of LOVI stock which is why it is on the list of penny stock alerts for news and updated SEC filings. If the name change is actually that to match the online matchmaking host of websites, LUVI could be a $2 penny stock before EOY.

Here is your opportunity to subscribe to the most elite penny stock newsletter.

Sign up with your email address now & get ready to make HUGE PROFITS on stocks that RUN.