Thanks to a reverse merger with Queensridge Mining Resources, Inc. (QUSR) last month, the yet-to-trade penny stock of iWallet Corporation (IWAL) has triggered our interest due to their unique product, the iWallet. Made with a carbon fiber or aluminum chassis, the iWallet’s proprietary fingerprint security system unlocks for only one fingerprint, thus securing not only your cash, but also your credit cards from being read by RF devices in public spaces. Partnered with a free app that sets off an alarm when your supported smart device gets more than 5 meters away from the iWallet, the technology is sophisticated and niche enough to warrant watching IWAL stock when it commences to trade on the OTC market.

iWallet popped on to the OTC scene back on July 21, 2014 when they completed the reverse merger into what was Queensridge Mining Resources, a shell corp that was in the process of acquiring certain mining claims. Upon the signing of the merger, iWallet then closed a private offering of 6,479,002 units at a price of $0.30 per which consisted of one (1) share of IWAL stock and one (1) warrant to purchase one share of IWAL stock at a price of $0.60 per share, exercisable for two (2) years.

With Steven Cabouli taking over as President, CEO and CFO, and Orlando LaCalle as Chief Marketing Officer, the former controlling shareholder of QUSR, Philip Stromer, and several other individuals canceled and returned a total of 25,076,643 shares which resulted in 29,321,379 shares of IWAL stock issued and outstanding at the closing which breaks down as such: 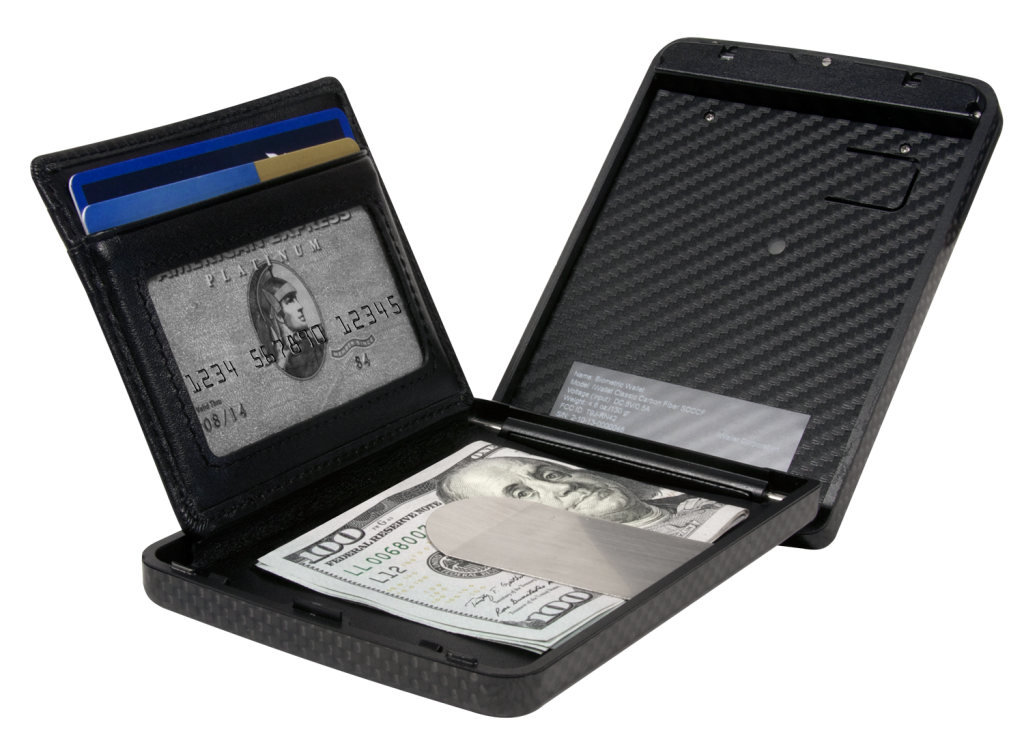 Now that the Company has sealed the deal and switched from being a private corporation to a fully reporting one, their initial plans from what have gathered is to relaunch their flagship product and the iWallet 2.0. The suggested retail price is aid to be $490 and will likely be made available through their pre-established sales channels which include the higher end retail outlets Neiman Marcus in North America, Harrods in England, Travelsmith.com, Highline Peak Group in Canada, Skymall, Gourji in Russia and NeedItWantItGadgets in New Zealand.

One key ingredient to the relaunch is the Company’s intentions to align iWallet with a high profile celebrity as the face for iWallet. Considering that the product’s price tag may be too steep for the commoner, compared to designer leather wallets sold under the brand names of Cartier ($380), Salvatore Ferragamo ($350), Louis Vuitton ($565) and Gucci ($550), none of which have the security features of the iWallet, the celebrity tagging is likely to be a huge success, especially if they can close one or all of the deals they are negotiating for private branding with Montblanc, Porsche Design, Ducatti, Gucci, and Bugatti.

The private placement iWallet closed immediately following the reverse merger allowed for them to raise $1,745,537, after broker’s fees, to help facilitate their expansion plans and help them to significantly increase their customer base and distribution channels. Although there is no set date as to when traders can expect to see IWAL stock hit their trading screens, the back of the house looks secure enough that a long approach from the initial trading session could be worth gambling the price of an iWallet to see what it can bring back.

iWallet Corporation, licensed by Apple Inc. as an official Accessory Developer, is a development stage company in the business of designing and developing biometric locking wallets and related physical, personal security products.

Anytime you see the word “celebrity” associated with penny stocks, the chances of seeing that ticker run when it starts to trade are increased significantly. This alone is cause for watching IWAL and looking for the first trades to start passing through. There is one OTC stock which has more than one celebrity pegged to it, Soup Inc. (SOUP) which has never really seen much activity even though almost everyone above the age of 35 is quite familiar with the product which originated from the 80’s Seinfeld comedy series. Just thinking that the celeb could be someone who played/plays a role like Thor or Hercules is the one pegged to be the face of the iWallet, IWAL stock could be a huge winner, probably set to launch in early 2015, if it’s due to see the awareness the product line is.