Warning: "continue" targeting switch is equivalent to "break". Did you mean to use "continue 2"? in /nfs/c12/h01/mnt/221348/domains/aimhighprofits.com/html/wp-content/plugins/gravityforms/common.php on line 1108

Warning: "continue" targeting switch is equivalent to "break". Did you mean to use "continue 2"? in /nfs/c12/h01/mnt/221348/domains/aimhighprofits.com/html/wp-content/plugins/gravityforms/common.php on line 1113

Warning: "continue" targeting switch is equivalent to "break". Did you mean to use "continue 2"? in /nfs/c12/h01/mnt/221348/domains/aimhighprofits.com/html/wp-content/plugins/gravityforms/common.php on line 1133

Warning: "continue" targeting switch is equivalent to "break". Did you mean to use "continue 2"? in /nfs/c12/h01/mnt/221348/domains/aimhighprofits.com/html/wp-content/plugins/gravityforms/common.php on line 4797

Warning: "continue" targeting switch is equivalent to "break". Did you mean to use "continue 2"? in /nfs/c12/h01/mnt/221348/domains/aimhighprofits.com/html/wp-content/plugins/gravityforms/common.php on line 4803

Warning: "continue" targeting switch is equivalent to "break". Did you mean to use "continue 2"? in /nfs/c12/h01/mnt/221348/domains/aimhighprofits.com/html/wp-content/plugins/gravityforms/common.php on line 4815
 Is Sebring Software (SMXI) Following Taleo & SuccessFactors? – Aim High Profits

The Wall Strret Journal wrote this week that “The Cloud is going to be one of the biggest growth industries in the history of business.” Thanks in part to the Microsoft (Nasdaq: MSFT) Windows 7 commercials, the term “cloud” has become part of people’s vocabulary in a new sense and dozens of penny stocks to watch have begun to get more attention. Now that “cloud” is used so frequently used in business conversations and the fact that cloud computing stocks have been rising exponentially, one particularly good penny stocks which has released almost no news in months is Sebring Software, Inc. (OTCBB: SMXI.OB).

SMXI,  had a few days of volume trading back in late 2011 and then went quiet which seemed unlikely for an emerging software integration company offering cloud based solutions to a variety of enterprise customers, both directly and through a network of technology partners, distribution partners, and resellers.

OTC stocks have been known to go quiet for periods of time while the company works on licensing deals or if there is some merger and acquisition discussions ongoing. However, Sebring Software’s business plan is to license and acquire software platforms that reduce IT infrastructure costs and increase enterprise efficiency, productivity, and profitability.

A similar cloud focused company, Taleo, a maker of online human resources software, made headlines a couple months ago when Oracle (Nasdaq: ORCL) agreed to purchase them for an astounding $1.9 billion. Another tech giant,Apple (Nasdaq: APPL), the safest and most valuable stock in the world has recently been compared to SMXI on the basis of having strong fundamentals, but with more “street credit” due to brand recognition. The tech penny stock, SMXI.OB, was trading as high as $1.55 just over a year ago.

Sebring Software (SMXI) acquired Scalix Corporation from Xandros, Inc. in mid-2011. Scalix was acquired by Sebring for a total purchase price of $12 million, nearly 6X 2010 revenues which was a good deal considering how the Scalix e-mail and calendaring platform is used by over 1,300 corporations in more than 65 countries.

In early December, SAP AG (NYSE: SAP) agreed to buy a Taleo rival, SuccessFactors, for $3.4 billion. That deal was viewed as a particularly rich one, valuing SuccessFactors at roughly 10X projected sales. What is more interesting is that SMXI has a director  who should push this company into the hands of a large corporation, similar to the Taleo deal by Oracle, in the near term.

SMXI is operated by Leif Anderson who has been the Managing Member of Sebring Software since its inception in November of 2006 and serves as its CEO and President.

SMXI CEO Leif Andersen has been:

• served as the CEO and President of SUMOTEXT, Inc.,

Mr. Andersen even served as liaison for the Norwegian Olympic Committee and was appointed and served as the Salt Lake City, UT Consul for the Kingdom of Norway from 1995 to 2004 during which time he was made a Knight of the First Order by His Majesty King Harald V in 2002.

In October, Oracle purchased RightNow Technologies, a maker of Web-based customer service software, for $1.43 billion. The company also unveiled the Oracle Public Cloud, a platform for enterprise services, which represented Oracle’s first major initiative in the cloud sector. With large software focused companies like Oracle and Apple having enormous cash reserves and long histories of acquisitions, many Wall Street analysts think Taleo and RightNow could be the first of many cloud based acquisitions for Oracle which lines right up for SMXI to be a potential for a buyout.

SMXI’s CEO has travelled extensively in Europe to collaborate with ECS GmbH in making introductions with company interested in licensing Sebring’s and ECS’ products in the U.S. and to negotiate with potential partners in North and South America such as Hewlett Packard (NYSE: HPQ)(see page 12 here).

Due to the generic nature of Sebring’s software which they have the right to license, it should allow them  access to several synergistic markets through collaboration with larger companies in vertical markets such as Hewlett Packard, with which Sebring had engaged in extended discussions and negotiations.

Since SMXI is independent of any significant product or service from third parties other than the license from ECS, future alliances with strategic partners such as Hewlett Packard (which has relationships within the vertical market the company is pursuing) for the automotive and other vertical markets are within reach.

“Cloud computing” covers a bunch of technologies, which was a $40.7 billion market in 2011 and will grow 6X that to an incredible $241 billion in 2020, a quarter of a trillion dollar market. Microsoft believes that cloud computing will create 14 million jobs in the next three years. 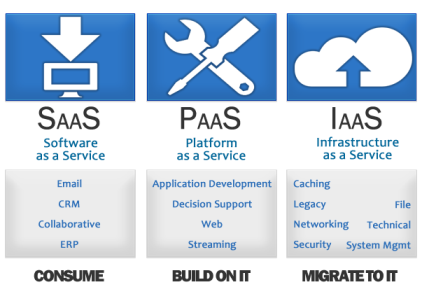 Cloud computing basically is software as a service (SaaS). It’s a software application delivered over the web on a subscription base. There is no installation on a company’s servers or on any individual using the cloud to their PC. Salesforce.com (NYSE: CRM) is the pioneer of this industry, but other popular cloud’s like Google (Nasdaq: GOOG) Apps and Microsoft’s Office 365. When consumers use the term “cloud,” it normally means SaaS such as iCloud, Evernote, Dropbox, etc.

Cloud is also Platform as a Service (PaaS) for the more technically advanced cloud users. Its where you build your own cloud application but rent everything needed including the runtime platform like Java, Ruby or .Net. Infrastructure as a Service (IaaS) is the most basic cloud of them all, where hardware is rented (server with operating system, storage, and networking) and applications are uploaded.

Where it gets tricky are the private clouds which do not require the internet. Cloud computing makes it super cheap for anyone to access enormous computational resources rather than spending thousands to own your own computer and networks. Cloud allows users to rent all the power they need for however long they need it.

Look at some of these numbers:

• Cloud-computing companies are growing 15% to 30%-plus for the last year, which is significantly higher than the broader IT-industry growth of the high single digits – Lazard

Bottom Line: In North America, there are more than 50,000 corporations with more than 500 employees each just within the manufacturing sector alone. These corporations are within Sebring Software’s target market segment. According to the Gartner Group (a leading manufacturing industry watch group), up to 80% of all “Internet enabled” applications will use RIA technology within the next few years.  In addition, there are:

These businesses combined with state and local government agencies are viable customers for SMXI (U.S. Dept. of Commerce).

Oracle, once skeptical of Web-based applications, has embraced the cloud and since the internet has matured, large corporations have increasingly turned their attention to the cloud, seeking flexible, online solutions that require minimal upkeep. It is a trend that has inspired a string of deals.

Add Sebring Software, SMXI.OB, to your stock watch list today and be prepared for something to take place in the near future with this potential breakout penny stock.

The simple fact that the biggest names in the tech sector, including Microsoft, Google, Oracle, Hewlett-Packard and Amazon.com, are devoting extensive resources to try and take the lead in the burgeoning cloud computing market showcases the future of the industry.

The high expectations of the industry have these companies scrambling to properly align themselves to take the biggest possible chunk of market share.