After reversing into the dormant shell of Castmor Resources Ltd. (CASL) in June, investors are eagerly awaiting Red Giant Entertainment Inc. (REDG) to start trading. Few know that Benny R. Powell, CEO and sole director of the new entity, was the head marketing writer for Priceline.com and the global writer for IBM’s ad agency. What many do know is that he was the youngest writer to ever make it at Marvel Comics since Stan “The Man” Lee, an icon of comics.

With the already profitable company whose comics and other media are consistently instant sellouts at Barnes and Noble, as well as Borders, REDG is at the top of the new penny stocks to watch list, especially with the 6-for-1 forward split effected last week. 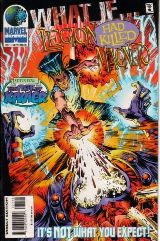 As a writer at Marvel Comics, Benny’s first published work at Marvel was What If #77… “What if Legion had Killed Magneto.” However, this is not about the proven talent of the Company’s CEO as an artist. Red Giant Entertainment is massive and for those who snicker at the idea of a comic book Company being a serious investment, obviously you have missed the billions of dollars generated by the Marvel movies Spiderman, Hulk, X-Men, Fantastic Four, The Avengers, Captain America, etc. More so, the industry worldwide is worth close to a trillion dollars when all media and distribution formats are joined.

Even though Red Giant Entertainment is a relatively new company, the experience of the creative talent and staff are not new names to the industry. The large majority of successful contributors are hand-picked from the upper echelon of the comic book fan favorites. Every week, a new comic book, targeting a different audience demographic, is distributed at 1 million copies throughout the Company’s media network. The four demographics the Company targets in a rotating fashion to increase overall scope of reach and breadth of audiences are young adults males, adult females, children and mass audience. 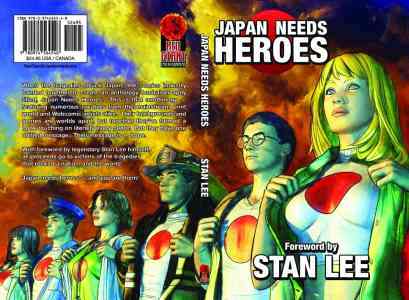 And it’s not like its a far fetched connection between the two: Benny Powell’s Red Giant Entertainment and Stan Lee, co-creator of such beloved heroes as Spider-Man, the X-Men, Hulk and Iron Man. In March of last year after the devastating earthquakes which ripped apart Japan, the Company heroically reached out to comic book veterans such as Stan Lee and other industry superstars to help raise money for Japan in a book appropriately titled – JAPAN NEEDS HEROES. Stan Lee wrote the foreword for the book while Peter David (known for X-Factor and Hulk), Larry Hama (known for G.I. Joe and Wolverine) and fan favorite artist Mike Deodato (known for New Avengers, Thor and Spider-Man) were just a few of the dozens of iconic names in the industry who joined the effort from the traditional print comic book community. Nearly every major comic book company, including Marvel and DC, had talent represented in the book, unifying the industry in solidarity to help out.

Circulation means not only eyeballs and awareness for the mass-market translations of the Company’s properties, but profitability in the advertising arena where audience numbers equates directly to revenue. (See SEC filings here)

Red Giant Media: Not only a sister company, but one of the key principals in Red Giant Entertainment, LLC, with a history of over three decades in the film industry, has produced over 24 films and 2 Television shows.

Active Media Publishing, LLC: Founded in 2003 by Red Giant CEO, Benny R. Powell, this division is an award-winning print publisher with partnerships in the People’s Republic of China that continues to succeed and provide its services and expertise to a vast array of businesses globally.

Glass House Graphics: A professional service firm that offers development and organizational services worldwide as well as illustrators, writers, painters, and digital designers to companies which includes Marvel, DC, Image and other comic book companies. David Campiti, Founder and CEO of Glass House, started the firm in 1993 after a successful run as publisher of Innovation Comics which he grew into the fourth largest publisher under his management.

Keenspot: An online entertainment network comprised of a number of exclusive webcomics which also operates Comic Genesis, fka Keenspace, a free webhosting and automation service for comic creators. They are strategic partners as well as principals of the company, providing a valuable revenue and development stream by handling the electronic distribution of all of the Red Giant Entertainment titles.

Red Giant Entertainment, Inc. , content provider for the largest online Web portal to comic books with page views in the tens of millions,  is a Florida-based corporation that specializes in Intellectual Property development for multiple media platforms and transmedia propagation. The cornerstone of this development is based around the more than forty online and print graphic novel properties being published as well as the cast of thousands of characters from those series. These properties have a readership that numbers in the millions worldwide. Some of these properties are actively in development into other media such as movies, video games, television, novels, toys, apparel, applications, etc. through either direct production or licensing agreements.

For more information, visit the the Company website: www.redgiantentertainment.com

Bottom Line: The forward split of CASL stock, now soon to be REDG stock, is what raised our attention and now has forced it on the list of penny stocks to watch. There is no question that both the Company and its CEO have a long history of success which could ultimately translate into one thing: Profits for early investors. Considering that there are two movies which are currently in production (see here), our guess is the forward split was done to raise capital to complete them.