BETS | Seaniemac Scores Huge Deal, But I Win The Wager

Back in January, I made a promise to readers that I would put on a green thong bikini and do an Irish jig to post on Youtube holding a sign: COPI STOCK — I WAS WRONG! The bet was if the penny stock of Compliance Systems Corporation (COPI) could break 0.25 or book $10,000 in revenues before March 17, 2013. Well, they failed on both ends, but now that they are , which is now Seaniemac International, Inc. (BETS) officially, revenues are being booked. For those who gambled a $100 and grabbed shares of BETS stock at the bottom in early July, 10 bagging your way into September isn’t a bar route to take.

Our Next Pick Is Coming Soon! Click HERE To Make Sure You Don’t Miss Any Of Our Breaking Alerts!

Changing their name and ticker symbol through FINRA, effective on August 16, 2013, Seaniemac International scored big time on both the ticker symbol they got and the timing of the switch. The Company scored the exclusive sponsorship of the sports section of Ireland’s leading news and sports radio station, NewsTalk, just 3 weeks into the start of the 2013/2014 football season.

Making the U.S. version of football, the NFL, which is referred to as “Women’s Rugby” from those across the pond, the Barclays Premier League is just entering into it’s 3rd week. Just like in the U.S., sports talk radio, especially for those who love to gamble, caret bombs listeners with radio advertisements of the sponsors which is a huge win for Seaniemac.

To put it into perspective, the Barclays Premier League alone grosses over $3.15 Billion per year. In October, NBC Universal inked a deal which will cost them $80 million to $85 million annually in order to televise up to 380 games a season on the NBC broadcast network, the NBC Sports Network and at least two other cable networks.

Now, factor in the Irish, rumored to be the biggest gamblers on the planet, and a penny stock that has a float of just over 10 million – and is now booking revenues ($26,404 for the 3 months ended June 30, 2013) – and you have some clear signals that the run BETS has been on for the last 6+ weeks could still have some legs. Add horse racing, online slots and live poker into the mix and BETS stock is looking a hell of a lot better than COPI did, but I still win the bet: 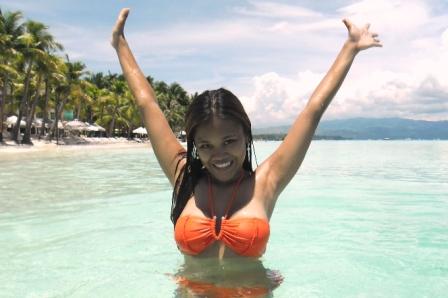 Seaniemac International, Inc., through their website which launched in May, 2013, is a development stage company focused on Irish horse racing and soccer and online wagering for traditional casino, live casino, poker, bingo and interactive skilled games.

BETS has been hot and is in a hot sector – online gambling. Unlike similar penny stocks which deal in small market areas or attempt to capture the U.S. audience, betting on BETS stock from this point with their revenue bookings and new sponsorship deal could pay dividends in the short-term for those willing to take a gamble.