This week ends with the day that all of you men dread and all of us women live for: Valentine’s Day. For the few female traders who follow us religiously, especially all of you single women, we can all agree that a tongue or a finger is not a gift which keeps on giving long enough for us to remember why we put up with your farts in bed or you constantly leaving the toilet seat up in the middle of the night. So, as a message or, better yet, warning, to all of you men who want to get lucky this Friday, here are a few penny stocks you should be watching so you can afford to buy us something worth while so we keep your sorry ass around for another year. 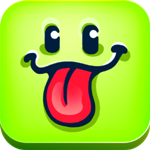 Since the start of the year when StockTips screwed up by putting the wrong ticker in their image banner when they were sending out alerts on Tiger Oil and Energy, Inc. (TGRO), traders have been trying to front load into the start of the Well Power, Inc. (WPWR) campaign. Down no nearly -90% since it was still VOELD, WPWR stock got taken down its knees like a $2 whore Friday to levels which would suck balls if you had tried to get in early.

Now that they have their website up and the share price to a level which is nearly impossible to decline further, the expected $4 million StockTips stands to make should be a clear indication that WPWR, at 0.055, is going to follow in the footsteps TGRO stock started walking back on December 9, 2013.

Fresh off their Friday alert of the sleeping US Neurosurgical Inc. (USNU), the Mister-y group is at it again today with a fresh ticker no one has seen get circulated yet. Despite the fact that Amogear ceased operations in 2008 and has not engaged in any material business operations since that time (as proven by their asset-less, revenue-less SEC filings), Joe, Fox and Circle are getting paid as much as $100,000 to throw you under the AMOG bus today.

AMOG stock has been trading for 2 consecutive days heading into today with volume of 20,000 and 53,000 on Thursday and Friday, respectively. With the alerts pushing you to see Amogear as the next big sports and training apparel supplier for the world-wide mixed martial arts (MMA) audience, READ OUR SEC FILINGS PEOPLE cause AMOG ain’t nothing more than a shell corp. which, on October 29, 2013, issued 14,780,000 shares to a related party who had purchased debt of $1,700: That’s 0.000115 per share!

A “freebie” pick from Forever, Crowd and Major, Costas Inc., a digital media company which owns and develops web-based consumer internet assets and communities in the United States and India, hasn’t seen much activity on their CSSI stock in quite some time. Perhaps since the owners of eJobResource, Inc., an online job search and posting site to provide a virtual bridge between the Indian and U.S. technology job markets, didn’t have such a great 2013 compared to 2012 ($8,658 in revenues for the 9 months ended September 30, 2013 versus $103,683 for the year ended December 31,2012), CSSI stock hasn’t seen any of its 10,658,400
freely tradeable shares transact since December 13, 2013.

Thin-ish float dead tickers tend to have huge gap ups at the open which kinda makes CSSI stock one which could have some CSI activity take place later in the day for those trying to figure out how to be less of a victim without having to sacrifice a cow. The last PR from the Company, June 13, 2013, laid claims that the Company had figured out how to unlock new streams of revenue and reduce operating costs through comprehensive content-related digital media solutions. Perhaps they need to call a locksmith since issuing alerts on CSSI stock is just to get attention so you buy into the POS they are going to pump later this week.

A developer of casual dining restaurant properties, Blue Water Global Group experienced a rush of customers in the middle of January buying their BLUU stock and leaving very positive customer comment cards since they were all making money for about a week. After topping out at .033, the kitchen staff started dumping BLUU shares and, even those who were just trying to order an appetizer for a bounce play were getting their orders cut in half before they could ask for the bill.

Back on track for a new, Impressive run, BLUU is sure to see a bounce come its way since the Board of Directors has authorized a one-time stock dividend of a portion of their equity holdings (5,000,000 shares) in Stream Flow Media, Inc. which is due to file an S-1 with the SEC in the near future. If the deal were to happen right now, one share of Stream Flow would be issued for every 46 shares of BLUU stock you own.

Since the start-up, Caribbean based restaurant group is also eager to get into sugarcane based rums, having finalized a Letter of Intent with a family owned distillery located on the Caribbean island of Dominica, W.I., BLUU hasn’t yet fallen off the radar and could have itself a MAGIC-al trading session today.

WPWR and BLUU are must watch penny stocks with CSSI and AMOG being 2 tickers you want to call your wife’s or girlfriend’s ex and make piece with them by offering them a tip. There is a great chance that WPWR stock goes for run longer than any tonguing session ever has with $0.50 being the level where you want to start abandoning ship. BLUU stock should see high .03’s early on while CSSI stock and AMOG stock are going to look good from far are far from god enough to throw your money at when you owe us girls the night of our lives his Friday.