The OTCBB was led by a new penny stock and its name is Sunpeaks Ventures, Inc. (OTCBB: SNPK), one of the hottest penny stocks to trade so far this year topping $60 million on 3,945 trades, an average trade of $15,518, Thursday. SNPK could reach $2.00 per share according to many based on the success of their promotion. With a former NBA star coming on board as their Clotamin spokesperson, this stock could run much higher than $2.00. So, should you buy SNPK, flip SNPK or avoid it all together?

Simply put, each investors appetite for risk differs. Everyone knows that it takes guts and brains to profit in the market. Could SNPK peak and get so close to the sun that it gets burned? AimHighProfits will have it on our radar and watch closely for signs of danger. Subscribers will updated immediately of any changes worth attention.

If you’re going in, big or small, it helps to know when SNPK will hit its peak so you can bail with your profits. We called it on AMWI, NSRS and CBIS as well as recommended AAMRQ which has held 114% since trading on the Pink Sheets. Subscribe now if you haven’t already because this is going to be a wild ride with SNPK. A closer look at SNPK reveals some very interesting facts.

Sounds as if the promising HDS acquisition could propel the Oil and Gas Exploration company into the green since HDS serves the secondary segment of the specialty drug market, estimated by management to be a $45 billion market segment. But is it all its cut out to be?

SNPK is getting ready to announce a sports celebrity spokesperson, a current National Basketball Association (NBA) head coach and Naismith Basketball Hall of Fame nominated player.  He is listed in the NBA Top 20 List for:

Since his retirement from active play, he has spent time as a popular NBA television commentator and as head coach with several NBA teams. During his 15+ year career as a player in the NBA, he collected more than 10,000 points and 10,000 rebounds, won three championship rings, and was twice named to the NBA All-Star team. 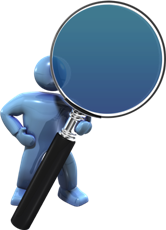 Sunpeaks Ventures, Inc. is a publicly traded company (obviously) that files quarterly with the Securities Exchange Commission (SEC). Due diligence on any investment leads us to first take a look at their financial statements to have a better understanding of where the company is going.

Sunpeaks Ventures (SNPK) entered into “that” certain Share Exchange Agreement with Healthcare Distribution Specialists (HDS), Mackie Barch, the managing member of HDS, who presently owns 100% of the issued and outstanding membership interests in HDS, and Scott Beaudette, the majority shareholder of the Company (SNPK).

Summary: HDS exchanges 100% of the outstanding membership interests in HDS in exchange for:

The exchange will result in HDS becoming a wholly-owned subsidiary of SNPK. As a result of the Share Exchange Agreement, SNPK can, and is, now conduct all current operations through HDS, and their principal business became the business of HDS.

Sunpeaks Ventures Inc. (the “Company”) was incorporated in the State of Nevada on June 25, 2009 and is a natural resource exploration and production company engaged in the exploration, acquisition, and development of oil and gas properties in the United States. The Company is an exploration stage company as defined by Financial Accounting Standards Board (“FASB”) Accounting Standards Codification (“ASC”) 915, Development Stage Entities. In June 2009, the Company acquired a 1.28571% interest in three wells located in Pottawatomie, Oklahoma (the “Pottawatomie Wells”) in exchange for $10,000.  The Company’s plan of operations over the next twelve months is to raise financing to explore and develop the Pottawatomie Wells acquired by the Company.

On December 7, 2011, Sunpeaks Ventures (SNPK) effectuated a 45:1 forward split of its issued and outstanding common shares (SNPK Stock). Every one (1) old share of common stock was exchanged for forty-five (45) new shares of the SNPK stock.  Summary:

Bottom Line: Don’t turn your back to what could be an amazing run on SNPK and make sure to conduct your own due diligence on the company and consult with a financial advisor before entering into any trades.  Subscribe now for alerts on SNPK events which could affect any price changes in this new, hot penny stock.