Can Marijuana Stocks Pump More Air Into The Bubble?

Today, the markets are closed to celebrate President’s Day or George Washington’s birthday (even though it’s February 22, 1722). Taking the day off of trading in remembrance of one of the first hemp farmer’s in United States history, we take a closer look at the explosive and over-inflated gains marijuana stocks have made since the start of the year and the bandwagoners that have resurrected their worthless tickers just by announcing “cannabis,” “marijuana” or “hemp.” With many believing this bubble can continue to expand, rumors were circulating this weekend that the stock market’s “big brother” is getting ready to make a move which could crush the live’s of those who think marijuana stocks are never going to decline.

The most traded marijuana stock for most of this year has been Growlife, Inc. (PHOT) and for a very good reason – they are one of the few with real revenues ($2,939,026 for the 9 months ended September 30, 2013). Up just +151.66% since the star of the year, Growlife made some major moves recently to facilitate their JV with CEN Biotech, Inc. to, under the authority and inspection of the Canadian government, build a medical marijuana growing facility in Canada which could produce and deploy as much as 1.3 million pounds of dried marijuana annually.

Even though CEN Biotech is awaiting final approval to grow, harvest, or sell medical marijuana from the Canadian government, Growlife already made the big move which was to increase the total number of authorized PHOT shares from 1,000,000,000 to 3,000,000,000. Since all Executive Officers and Directors of Growlife, as a Group, own just 82,312,179 shares (11.15%) of PHOT stock as of the time of their AS increase, the reality of a PPS correction is bound to occur, especially since longs of PHOT stock, in since near the end of May, 2013, are up as much as +8,947.62%. 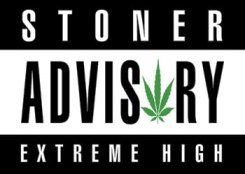 What figures is that HEMP has gotten into bed with some worthless tickers like Dewmar International BMC, Inc. (DEWM) ($30M Market Cap) who has barely made a dent in the relaxation beverage industry with their Lean Slow Motion Potion™ brand ($232,326 net revenues for the 9 months ended September 30, 2013 versus $405,745 for the same 9 month period in 2012). Thanks to Hemp Inc. creating a wholly owned subsidiary, The Industrial Hemp and Medical Marijuana Consulting Company, Inc., DEWM stock is up +18,400% since November 14, 2013, +2,983.33% since January 14, 2014, all because of some signed agreement to strategically launch a series of consumable goods that stem from the functional and nutritional components of hemp which, supposedly, will qualify to be sold in all 50 states.

Primco Management Inc. (PMCM), Global Links Corp. (GLCO), Republic of Texas Brands Incorporated (RTXB) who failed to make it with their previous plans, so they both decided to fake it and get on the green train in hopes that they too can sell a billion shares in the open market like Dewmar International BMC, Inc. (DEWM) has done.

PMCM stock was virtually worthless when they just focused on the entertainment industry. Now, planning to refocus their attention to property management for the Medical Marijuana Industry, it all falls back on the expertise devised by former Orkin man, current ReMax realtor, Zahoor Ahmad who originally launched Primco Management before at Sleep Media Group was born a year ago.

GLCO stock was another worthless stock while the Company was focused on modern affordable housing projects with innovative and proprietary stackable housing designs. Tumbling from 0.15 in July, 2013 all the way into sub-penny land at the start of the year, the ticker was saved from heading into the “trip 0” arena when they captured and launched HempLifeToday.com, the umpteenbilionth website source for all things Hemp and Medical Marijuana related.

Then there’s RTXB stock which was supposed to have purchased a successful Texas-based barbecue restaurant chain last year which consists of multiple profitable restaurants. The company is in Chapter 11 reorganization and is apparently preparing to file a new plan of operation which will fit the new direction of the company very soon. FFS! How can you fail to sell ribs in Texas?

They thought RTXB stock would fly by reporting to OTCMarktets their new Company logo – one which has a pot leaf creatively assigned to it. RTXB stock not flying proves that the bongs have been put away and the time to really analyze WTF is happening with all these marijuana stocks has finally arrived. Hopefully “big brother” isn’t about to issue a long list of halted tickers again like they did at the start of the month.

There another 20 marijuana penny stocks we could throw into this update, but for what? The obligation of any trader putting their money into a publicly traded company is to conduct their “own” due diligence. With each and every message board having their fill of pumpers about how all of these tickers are going to run through April 20th (420) and beyond, some even saying for the next 20 years, the answer is simple: Only the strong will survive!